Last week I got the most unusual invitation and thank God I accepted because I had one of the best dinners of my life. For real.

A couple had the idea of opening a pop-up restaurant in their own home to receive guests for an exclusive experience. Many years ago I went to a “home restaurant” in Buenos Aires and I thought this would be similar. But the first one I went to was indeed in a house, but a much bigger house, so there were several rooms and several groups of people. In the end, it was almost like being in a regular restaurant, it was just a cool scenario.

But his time was different, it’s not a house converted into a restaurant but a couple hosting guests for dinner. You sit on a table for four and enjoy a six course meal as you would do at a friend’s house.

As you can imagine, you can talk to the chef (the kitchen is right in front of the table) while he prepares the dishes and you get full attention. When it’s time to serve, he brings the dish and explains what we’re gonna eat, details about some of the ingredients and often tells the story behind it.

By the way, when you think of eating at some friends house you think of mac & cheese? That’s when this experience turns in a different direction. The food is comparable to one served at a fine dining place. The ingredients are carefully chosen at farmers’ markets and paired with local wine.

As a first course, we had a duck salad, made with seared duck breast, royal burgundy beans, ground cherries, herb salad and tahini vinaigrette. At this point I was thinking of describing this dish as fresh, but through the dinner I realized most of the food could be described as it.

The ground cherries were a surprise for me. They looked like tomatoes, but tasted almost like pineapple.

The second was a red snapper with charred corn, heirloom tomato provençal and green zucchini. It was my first time trying this fish and I really enjoyed it. The dish as a whole felt fresh (did I say that?) and remembered me as Mexican food, maybe because of the corn.

The third dish was the most surprising for me. First because I’m not a fan of pork chops and I loved this one, which proves you should never say no to any food! Second because one of the ingredients was hot cheetos! By the way, I’m not a hot cheetos fan either, lol.

It was prepared with pork tenderloin, rainbow chard, guacamole, romesco, cucumber and… yes, hot cheetos persillade. I know it looks crazy but I swear it makes sense in the mouth.

The fourth dish made me remember home. It was made with oxtail, creamy polenta and gremolata. Both oxtail and polenta are popular ingredients in my home country, Brazil, so it was nice to have a comfort food between so many new things for me.

By the way, the chef’s polenta had a citric touch, which was a pleasant surprise and made this dish different from what I’m used to having.

The chef served a beef butterfly. It looks beautiful but wait until you know the ingredients and you’ll forget about the appearance.

The dessert was special. The chef told us it came from his childhood memories. He even served it with a paper towel to be exactly the way his mother used to serve him.

It was a bread pudding prepared with Prairie Boy organic sourdough bread and homemade caramel sauce.

I started this post saying it was unusual and I have to finish it saying it was a wonderful dinner. If you visit my blog often you already know one of my favorite activities is discovering new places to eat in Toronto and I never thought I would have a house on my top list.

If you want to have this experience you can talk to them on Instagram. By the way, don’t forget to follow their account to be up to date with their news.

Hi, I'm Luciana but you can call me Lu. I'm a lifestyle blogger and Boutique owner who loves to share tips on how to live the best life in Toronto. 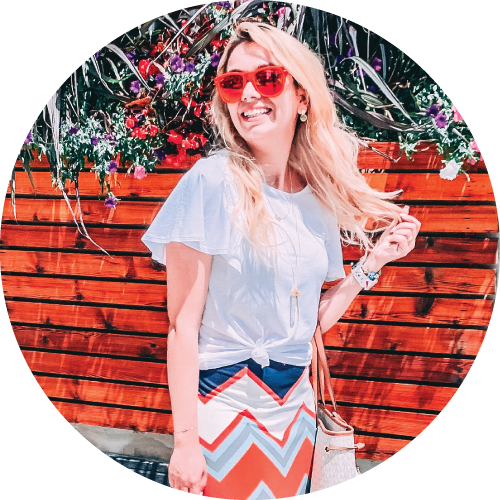 Hi, I'm Luciana but you can call me Lu. I'm a lifestyle blogger and Boutique owner who loves to share tips on how to live the best life in Toronto.